​We are delighted to welcome back Prof. Mary Evans to Captivating Criminality as keynote speaker. Mary is Emeritus Leverhulme Professor at the Department of Gender Studies at LSE and has previously taught Women’s Studies and Sociology at the University of Kent. In her sociological research, Prof. Evans looks at the role of narratives in our constructions of meaning and identity in society, and has a particular interest in what we term ‘fiction’ and the role this plays in these constructions. Prof. Evans’s long publications list includes Imagination of Evil. Detective Fiction and the Modern World (2011), a fascinating examination of the relationship between detective fiction (especially the figure of the detective) and the ‘morality’ of real life crime and other social issues, which asks what the figure of ‘the detective’ stands for. Mary is also co-editor of The Sage Handbook of Feminist Theory and her latest publication is entitled The Persistence of Gender Inequality. 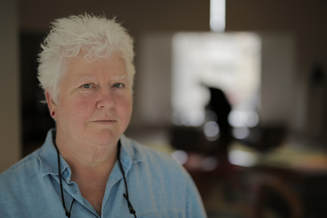 Dubbed the Queen of Crime, Val McDermid has sold over 15 million books to date and is translated into over 30 languages. She is perhaps best-known for her Wire in the Blood series, featuring clinical psychologist Dr Tony Hill and DCI Carol Jordan, which was adapted for television starring Robson Green. She has written three other series: private detective Kate Brannigan, journalist  journalist Lindsay Gordon and, most recently, cold case detective Karen Pirie. She has also published in several award-winning standalone novels, two books of non-fiction and a children’s picture book, My Granny is a Pirate.

McDermid continues to be a hugely versatile writer with her novels selling across the globe. She is also an experienced broadcaster with regular and hugely popular appearances on TV and radio. She is highly sought after as a speaker at literary festivals and other events across the country and overseas.

A regular broadcaster with BBC Radio, Val has written dramas and presented programmes on Radio 4 and was also a huge success on the evergreeen Desert Island Discs.  In early 2017 Val’s latest BBC Radio 4 play, Resistance, aired to great acclaim. It was produced in collaboration with the Wellcome Trust and Val is currently Chair of the Wellcome Book Prize. Val has fronted several features for BBC Two’s The Culture Show and appeared several times as a panellist on BBC Question Time. She further added to her broadcasting credentials in late 2016 by captaining the winning University Challenge alumnae team! She has won many awards internationally, including the CWA Gold Dagger for best crime novel of the year, the CWA Cartier Diamond Dagger, the Grand Prix des Romans D’Aventure, the Lambda Literary Foundation Pioneer Award in 2011 and the LA Times Book of the Year Award. In 2012 she became a Celebrity Mastermind champion. In 2016 she received the Outstanding Contribution to Crime Fiction award at the Theakston’s Old Peculiar Harrogate Crime Festival and was elected a Fellow of both the Royal Society of Literature and The Royal Society of Edinburgh.

Val was born in Kirkcaldy, a coastal town in the heart of the Scottish mining community. She graduated in English at St Hilda’s College, Oxford - the first from a Scottish state school to do so - before going on to be an award winning journalist for sixteen years. Her first novel was published in 1987.  She is a lifelong Raith Rovers Football Club supporter and in 2011 was appointed as a Director on the board. She is the current home shirt sponsor. Val’s other loves in life include walking, music, gaming and cooking. She writes full time and divides her time between Edinburgh and Cheshire.

Linda Mizejewski is a Professor of Women’s, Gender, and Sexuality Studies at the Ohio State University and the author of five books in feminist media studies, including Hardboiled and High Heeled: The Woman Detective in Popular Culture (2004). Her most recent monograph is Pretty/Funny: Women Comedians and Body Politics (2014).  With Victoria Sturtevant, she is the co-editor of the forthcoming anthology, Hysterical! Women in American Comedy (2017).